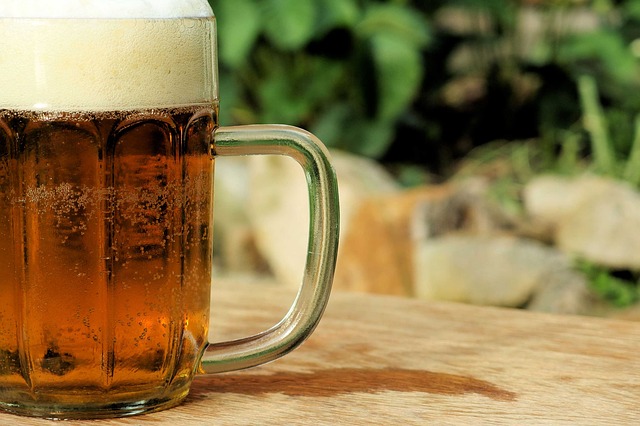 Posted at 18:16h in Beer of the Week by VegasPubCrawler 0 Comments
0 Likes
Share

Brew companies across the globe have special brews that only tend to be released on certain times of the year or even every other year. Like the famously talked about red cups at Starbucks coming out each winter season, beer companies have their own seasonal beers. Goose Island Brewery has always delivered on the craft beers with their hoppy IPA’s, crisp Belgian brews and seasonal harvest ales, and recently, they decided to release their special batch of Bourbon County stout, making them Vegas Pub Crawler’s featured Beer of the week.

Goose Island Brewery, based out of Chicago, is a craft brew company that has a large array of different types of beers. Our focus, however, is on the rare Bourbon County Stout. What makes this particular brew so special is the barrels that are used to store the delicious liquid.

Heaven Hill Distilleries used a handful of White Oak barrels to store and age their fine whiskey in 1979. Aging for over 30 years, the barrels absorb and develop a rich flavor in the oak panels. Goose Island purchased the barrels to store their Bourbon County Brand Stout and allow them to age for two years. In two years, the stout is able to take on the flavor characteristics of the barrels and the 30 year old whiskey that came before it.

Stouts are a darker, rich flavored beer. The most iconic stout includes the beloved Guinness Draft. Bourbon County Stout is a midnight color and made from Willamette hops giving it the typical rating of 60 IBU (International Bitterness Unit). Aging for two years and a hint of bourbon taste pairs perfectly for this 14.5 percent ABV.

Limited release of this brew could be bought in 16.9 ounce bottles at specialty liquor stores for around $10.00 and can be bought on draft at local bars that support the brew. While you are on your Vegas Pub Crawl, don’t forget to try a pint of Goose Island Bourbon County Stout.