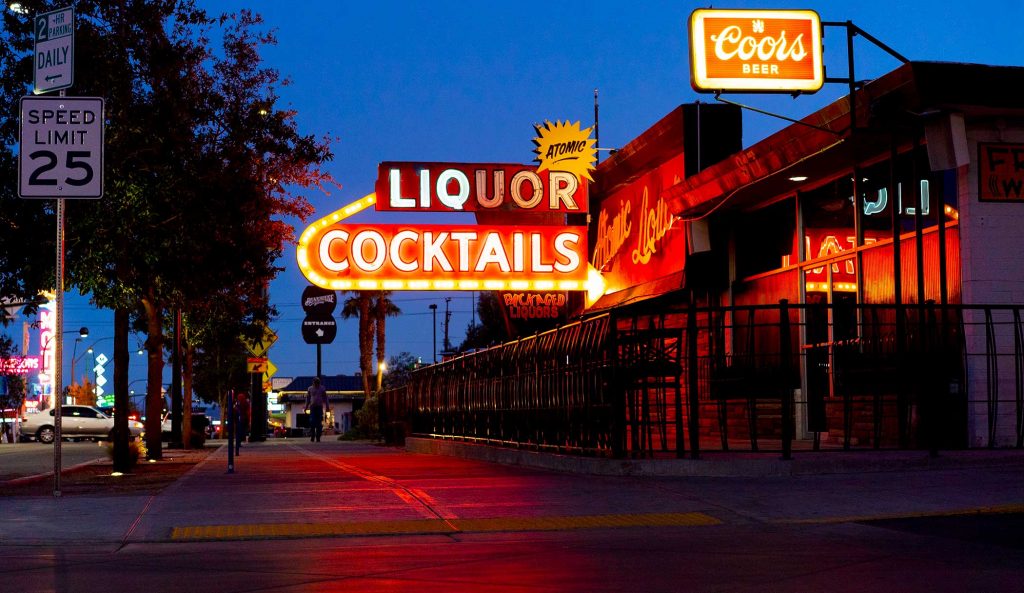 Location
Just a few minutes from the crowded and crazy Fremont Street Experience, Atomic Liquors is in the heart of Downtown Las Vegas. You will often find locals regularly coming to Atomic Liquors because of its location. It is just far enough from the tourist packed Fremont Street to escape the crowds, but close enough to still embody the neon Downtown Las Vegas atmosphere.

Why is it called ‘Atomic’ Liquors?
In the early 1950s when Atomic Liquors was created, the world was recovering from World War 2 and the Cold War was just beginning. The United States found itself in an arms race against the Soviet Union, and the military was testing its nuclear bombs out here in the Nevada desert. Atomic Liquors gets its name from people who came to the bar and watched the nuclear bomb tests from the roof of the bar. 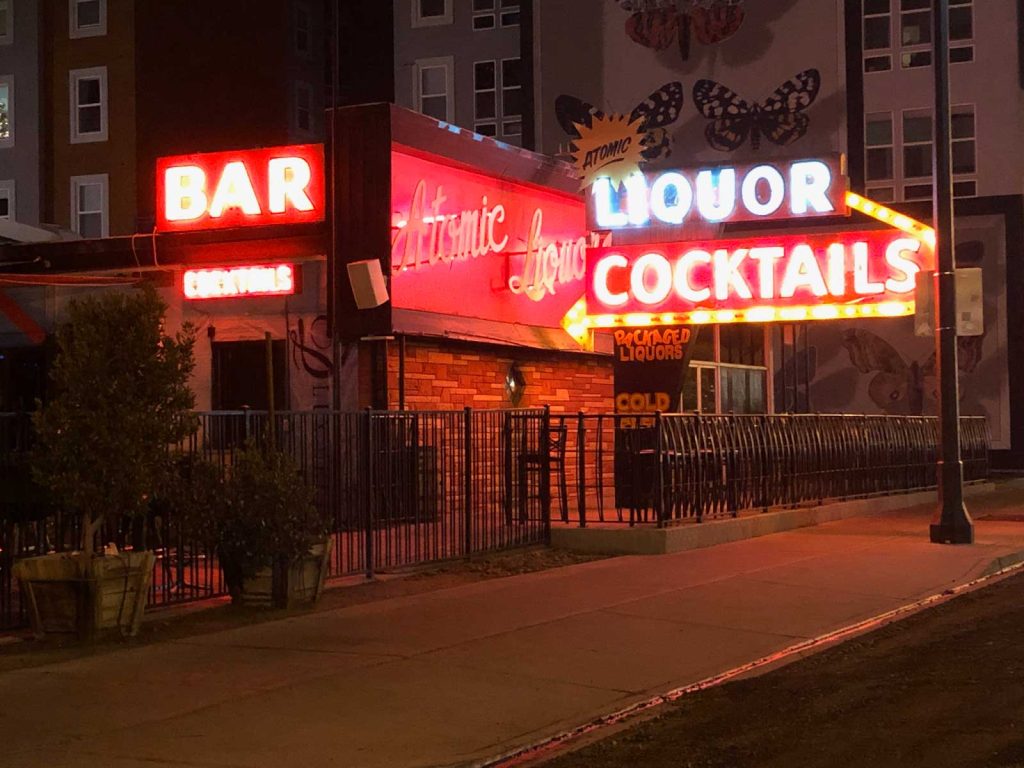 Vegas’ First Free Standing Bar
Atomic Liquors has been serving early Vegas locals and tourists since 1952. However, the property which lies between 9th and 10th streets on Fremont Street was first developed in 1921 by Virginia Sobchik and her daughter Stella. In fact, Stella and her husband Joe are the reason for the creation of ‘The Tavern License’, which is why Atomic Liquors holds the oldest Las Vegas liquor license – 00001.

An in depth story of the entire history of Atomic Liquors can be found on the website here. I recommend reading through it because it will make your visit so much more fun and fascinating.

Not only have famous people made their way into Atomic Liquors, the pub has made appearances in famous movies and TV shows. An episode of the original Twilight Zone, as well as parts of the movie Casino were filmed in Atomic Liquors. If you have seen the more recent movie ‘The Hangover’, you might recognize the iconic Atomic Liquors sign in the back of the car crash scene.

Bar Experience
Atomic Liquors has so much character and history that you would be missing out if you didn’t stop by. There are great people working there with a lot of charisma, fantastic cocktails, and spectacular bar food. It’s hard to find a bar as classic as Atomic Liquors in Las Vegas. As with any bar in downtown, if you want to visit this Downtown Las Vegas historic establishment, Book Here with this Link or call/text us at:
702-370-5065