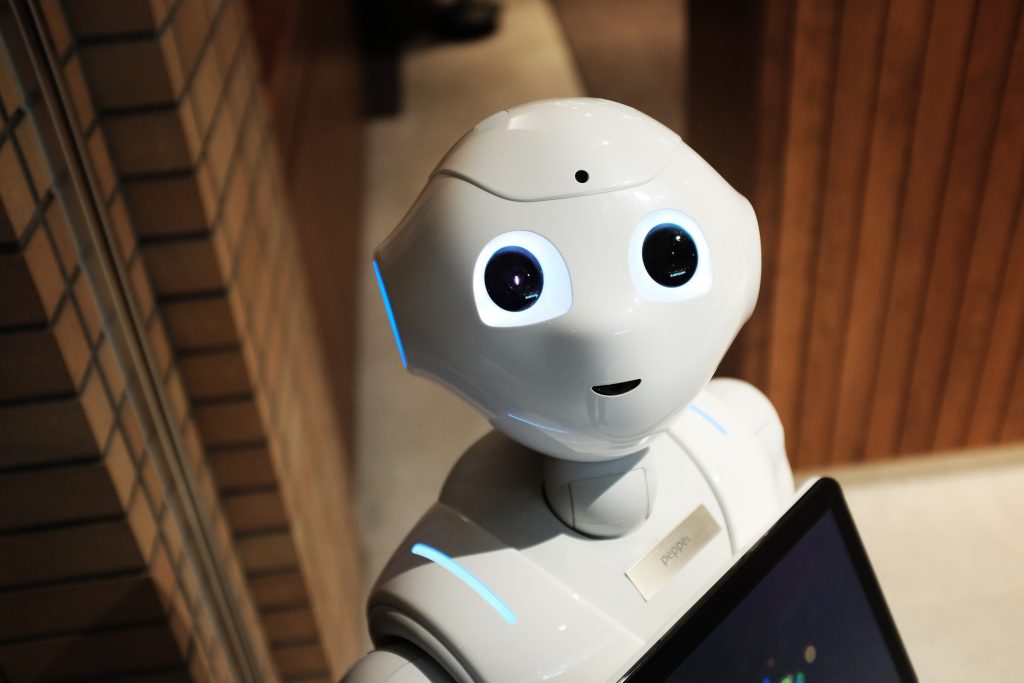 The future is now, and robotics are no longer a thing of science fiction. As we inch closer to the singularity, we ask ourselves how to properly implement this incredible technology. Do we build war machines to replace soldiers, or do we fill the workforce with smart computerized workers? Both equally viable and interesting, but not what we had in mind for our world of tomorrow. So, how do we take advantage in a world Isaac Asimov could only dream of? Bartending robots, because it’s the future, and we are only human—meet the first Las Vegas robot bartenders.

Sci-fi literature references aside, let’s get real for a moment. Brainiacs like Elon Musk and Bill Gates have both stated their concern for a robotic workforce taking over mankind and ultimately replacing us. It’s certainly topical, due to the recent discussions on artificial intelligence with Facebook and Google.

But the only thing these adorable robot bartenders will be taking over is your heart.

Rino Armeni, the man behind the curtain pulling the strings, runs a company called Robotic Innovations. This company found that Las Vegas is the perfect place to open up something as novelty as a robot bar.

That’s simply all it is, he says—that it’s just another entertaining attraction and that robot servers will never replace human ones. Could this be the future of drinking, though?

Located at the Miracle Mile Shops, Tipsy Robot uses the smartest and latest in bar technology, which was definitely an interesting sentence to type out. After you order your drink from an iPad, the robotic arms calculate and measure every drop of alcohol accurately, so you won’t be jipped on your booze. Then, they serve it on a circular platform and slide it to you.

The robots work at a 120 drink-per-hour rate, each drink being made in 2 minutes or less. These robot bartenders can put together virtually any kind of cocktail you can think of. They have access to 60 kinds of liquors that hang from the ceiling for easy robotic arm access.

The thing to take away from these robotic bartenders is how perfectly they work—they will not mess up your order, and your drinks will always be made in a timely matter. Next time you’re on the Strip, visit the robot bartenders, order a drink…shaken, not stirred.

Get the Authentic Vegas Experience

Las Vegas is known for its often times gimmicky bar experiences. Downtown Las Vegas is no exception. You may not find robots serving you drinks, but on the Vegas Pub Crawl, you’ll see exactly what we’re talking about. Visit these DTLV bars on your next bars crawl!