3 of The Most Expensive Drinks in Las Vegas 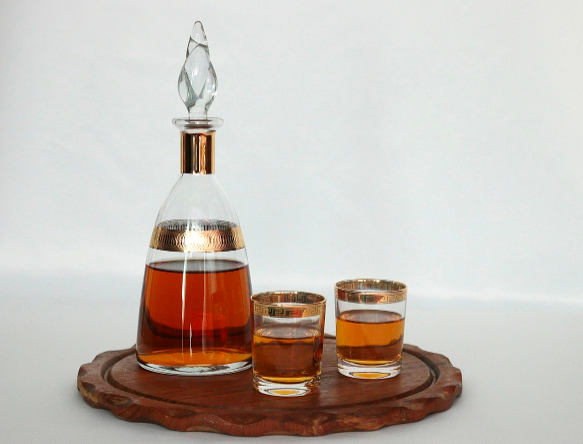 23 Mar 3 of The Most Expensive Drinks in Las Vegas

Posted at 18:18h in Uncategorized by VegasPubCrawler 0 Comments
0 Likes
Share

Having a night on the town in Las Vegas comes with certain expectations. For example, you know you’re gonna get smashed; you’ll probably also end up spending a pretty penny. That just comes with the territory, my guy. After all, Vegas is known for glitz, glamour, luxury, and flash. Having drinks in Las Vegas proves there are no exceptions. Knowing the right people may get you free drinks around town, but you haven’t experienced glamour until you’ve had three of the most expensive drinks in Las Vegas.

Most Expensive Drinks in Vegas

First off is The Ono. More like “OH NO, you didn’t just buy a $10,000 drink!” The Ono is available at the XS at Encore along with its incredibly over-the-top 10k price tag. The elite drinkers who order The Ono receive a full bottle, along with a pair of men’s sterling OS branded cufflinks and a women’s 18-carat white gold chain with a black pearl pendant.

There are rumors about how this famously expensive drink got its name. Our favorite is that the drink earned its name for having the same devastating impact on the bank account of those buying it as Yoko had on The Beatles. Others claim that it’s based on the “oh no” commonly used after purchaser check their receipt.

Hovering at the top of the list of most expensive cocktails in Vegas is the Ménage a Trois. Available at Tryst Nightclub in the Wynn, this mix of Cristal Rose champagne, Hennessy Ellipse, and 150-year old Grand Marnier will cost club goers $3,000 per bottle.

When the bottle is delivered to the table, it is decorated with liquid gold syrup and 23-carat gold flakes. Purchasers are also given a Tryst straw to take home with a diamond-encrusted “Y” symbol.

At one of the most darling venues on the strip, you can find the Fizz Deluxe, Named for its home; the Fizz Deluxe can be found at Fizz Las Vegas in Caesars Palace. The drink matches the style of venue perfectly.

Influenced by the vintage French 75, the Fizz Deluxe is made of Hennessy Richard Cognac, Grand Marnier Quintessence, syrup, egg whites, and lemon juice. Along with a decoration of 24-carat golden flakes, a bottle of this drink costs partygoers $2,500 per bottle.

Our guides would love to find you glamorous, outrageous drinks to enjoy when you visit DTLV and these Las Vegas bars. Book your Vegas Pub Crawl as soon as you can and we’ll make it as unforgettable as The Ono, with a fraction of the cost!